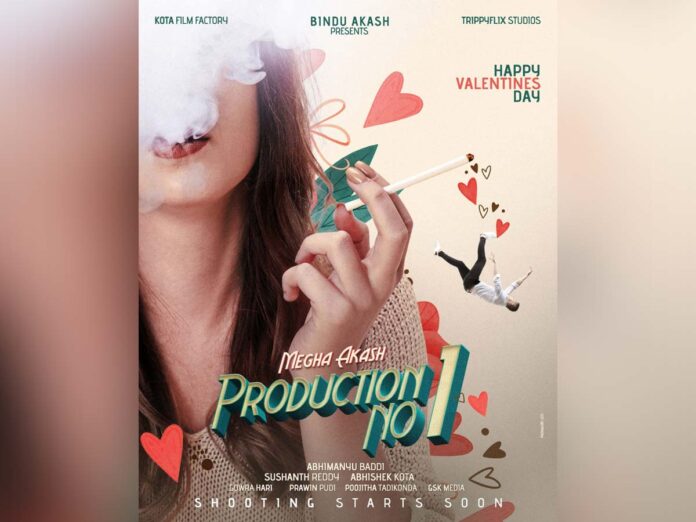 The young and beautiful actress Megha Akash, who is known for playing the female lead in Kutty Story, Raja Raja Chora, Radhe and Dear Megha has been roped in an upcoming project. According to the latest report, she will be seen in a unique love story penned by A Sushanth Reddy, the filmmaker behind Dear Megha.

The upcoming drama of Mega Akash will be directed by first-time filmmaker Abhimanyu Baddi, a former associate of Sushanth. Today morning the makers confirmed the same by sharing a poster on official Twitter handle that features Mega Akash and she is seen smoking a cigarette.

Megha Akash starrer will be jointly bankrolled by Sushanth Reddy with Abhishek Kota under Kota Film Factory and Trippy Flix Studios whereas Megha Akash’s mother Bindu Akash will present this drama. Hari Gowra has been brought on the board to render the tune and Poojitha Tadikonda is the costume designer whereas Prawin Pudi is the editor.

The makers said, “After delivering successful movie Dear Megha, we are happy to collaborate with Megha Akash again for a project. We believe in the Talent of Abhimanyu Baddi. Aiming to announce the cast and crew details, we are planning to start the shoot soon.”